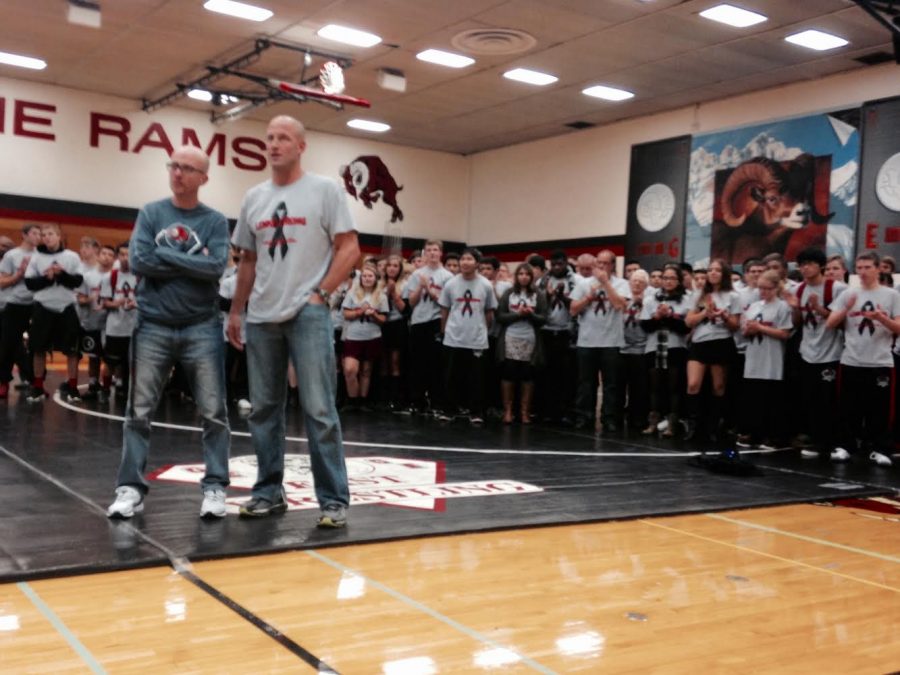 On Saturday, December 12th, the Glenbard East Community lost a very kind, intelligent, and caring man to his battle with cancer. East English teacher Mr. Eric Lemke was a true inspiration for students and staff, demonstrating integrity and love throughout his entire life. His loss is an impact felt profoundly at East.

“And he really did all of this out of his first love which was to help students achieve their best.”

Recalling his “first love,” Mr. Lemke was a man who made sure students were always achieving. He set his heart out for others and was always searching for ways to make sure the writing of his students was developing and getting better. Novak also touched on what it means to honor a man like Mr. Lemke.

“While his loss will be felt deeply in the halls of East, his influence will be felt even more. Eric Lemke has inspired us to do more for our students because that’s what honors his legacy.”

Mr. Lemke’s impact reaches beyond the staff members. Senior Sophia Heatley added that Mr. Lemke always made the classroom a warm and welcome environment. She, like many other students, said she was very lucky to have him as a teacher for her junior year.

Sophia added, “Whenever he came to class he never said a negative thing and gave it his all. He was so positive and passionate about his work and he really made the whole class interested in what we were working on.”

It is very apparent that Mr. Lemke was a man who loved teaching. He held his students and fellow teachers in the highest regard and gave his time and energy, no matter the sacrifice. Even throughout his fight with cancer, he prioritized getting into the classroom and doing what he loved: teaching others and making the world around him a better place.

Novak concluded his thoughts, adding, “By writing about Mr. Lemke, maybe his good deeds won’t be so hidden and we may be inspired to be good ourselves.”