East bounces back from wave of quarantined teachers and students 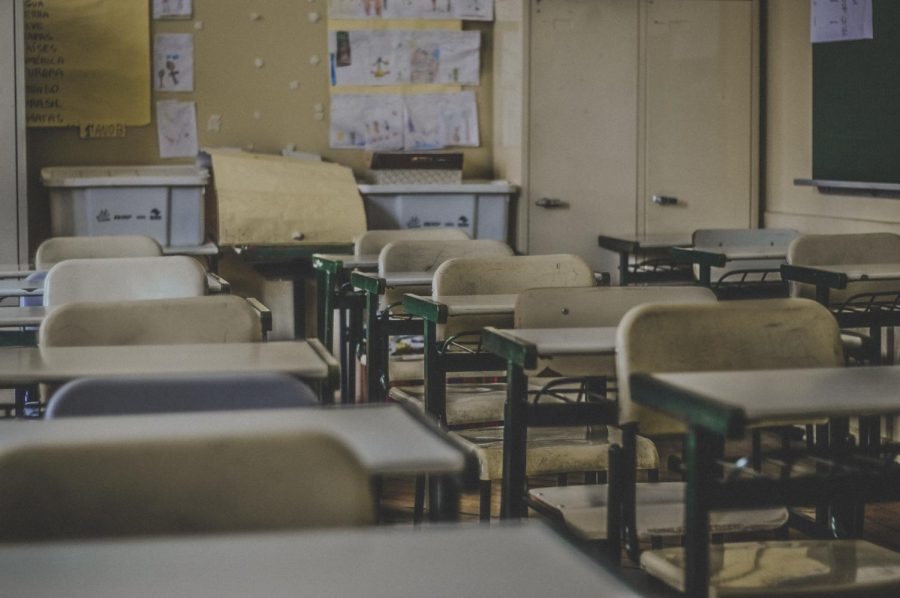 Over the holiday break, people across the country ventured out to celebrate the holidays with family and friends. After over a year of isolation, with COVID-19 seemingly dying down, it seemed safe enough to travel without the fear of lockdown. But this was not the reality that most Americans faced. The new Omicron variant spread fast due to its more contagious nature and mingling during the holiday season.

On December 20th, the New York Times reported that in DuPage County there were 2,079 new cases, and the next month, this number skyrocketed to 5,888 cases on January 10th.

Glenbard East’s own statistics mirror these numbers. According to data provided by District 87, the week of January 8th saw not only the highest number of quarantine cases Glenbard East has ever had, but nearly double the previous peak.

Alexandria Taylor has been at the forefront of handling these positive cases throughout the pandemic. As the Assistant Principal of Student Services, part of her role is to oversee contact tracing for Glenbard East. She and a team consisting of the health office, the Dean’s office, and the athletic office track and monitor all COVID cases for students and staff through daily meetings.

Because of this, Ms. Taylor and her team are very aware of the patterns in COVID surges. She says that a period of high numbers in positive and quarantined cases is to be expected after a prolonged time away from school, which is what happened during the return to school post-holidays.

“We were seeing just high volumes of cases. Most of the time there are exposures and some positives, but during that window, there were mostly all positives,” said Taylor.

Despite the high number of absences, Glenbard East was never in a place that required remote learning, according to Taylor.

“We do have a healthy supply of subs that we are utilizing and we were able to maintain staffing at levels that were sufficient to keep the school open. Even if we had gotten to the dangerously close point where we didn’t have substitutes, administrators would sub, principals would sub, the district office would sub,” she said.

Still, the absences put a dent into many teacher’s plans.

“It’s definitely been a rough start to the semester. In terms of classroom environment, in my classes, we do a lot of group work, whether it’s culinary labs or just discussions,” said Samantha Janas, a teacher in the Family and Consumer Sciences Department. “So it’s been hard to have the students create those connections right off the bat with people being in and out. In terms of homework, I’ve tried not to create a ton. But at the same time, since I do only teach semester classes, we do have to start with the content. It’s hard for people to catch up.”

But Janas, as well as Timothy Fawkes, East’s orchestra director, faced greater troubles than just student absences. Both teachers had to quarantine during the start of the semester, which was not easy to navigate.

“Honestly, between lesson planning, grading final exams, and recruiting, I worked about 60 hours during my week of COVID sick leave,” Fawkes said. “Helping make sure the routines continue for five days is tricky and requires some planning. Additionally, many students have a difficult time working in unstructured settings, so making sure that the classes are still well-structured took some extra effort.”

Being gone the first week of the semester made it harder for both teachers to get to know their students. Along with three full-year orchestra classes, Fawkes teaches guitar, a semester class.

“I felt especially bad that I could not be there to meet my new students in my semester-long class. Since I returned, I have been trying to take extra time to connect with those students,” he said.

While Janas was out, she had students complete an assignment about themselves, so she could still learn a little about them while at home. When she got back to school, Janas made sure to accommodate for students who were also absent by pulling them aside.

“For those students that also have been out and haven’t gotten to that assignment, I just do it more in person. So, I’ll pull kids aside if they have class time if I have time and we’ll do it that way rather than giving them extra work to work on,” said Janas.

When a teacher is out, it is common to face anxiety towards substitutes and lesson planning. To tackle this, Fawkes created video lessons that students could smoothly follow along with and substitute teachers could easily show.

“Coordinating with the substitutes was great! Most substitute teachers do a really good job in difficult circumstances,” said Fawkes. “I was fortunate that we were able to find two substitutes who do have experience in the content area. They were quite helpful in taking the video tutorials and lesson plans I made and helping the students continue to work and learn.”

Janas and other teachers have done the best they can while out, and this goes beyond sub plans and into lesson structures in general. Because substitutes can only do so much, many teachers have their lesson plans laid out in Schoology for students to reach. The administration has also encouraged this so that quarantined students can keep up with their work in an organized way.

“The administration has told us to reorganize our Schoology which has been helpful. A lot of us are doing daily slides and maybe being a little bit more lenient with deadlines and stuff like that to get students caught up,” said Janas.

Although there is a possibility for many more students and teachers to be quarantined over the next few months, the school is now more prepared for this through better organization and planning to be ready for a more stable semester.

“I do think that the worst is behind us in terms of the spike. That doesn’t mean that we won’t see another spike. When spring break comes and travel plans open up, I do think we’ll continue to see some waves,” Taylor said. “But if we got through January, which we did, I do know that we can push through and have a successful school year for the second semester.”

Both teachers said they foresee things going back to normal very soon. Their classes are already starting to bounce back, and the overall feeling is gratitude towards the substitutes for their help, and students for pushing through these confusing times.

“I think my classes are in pretty good shape,” said Fawkes. “It helped that I spent so much time planning, and it helped that I had capable substitutes.”

According to Janas, after the turmoil of quarantined students and teachers, East is looking ahead to more stability and a positive outlook on the school’s daily operations.

“It’s been a learning curve and I think hopefully a lot of us have turned more towards compassion and grace and healing,” she said.