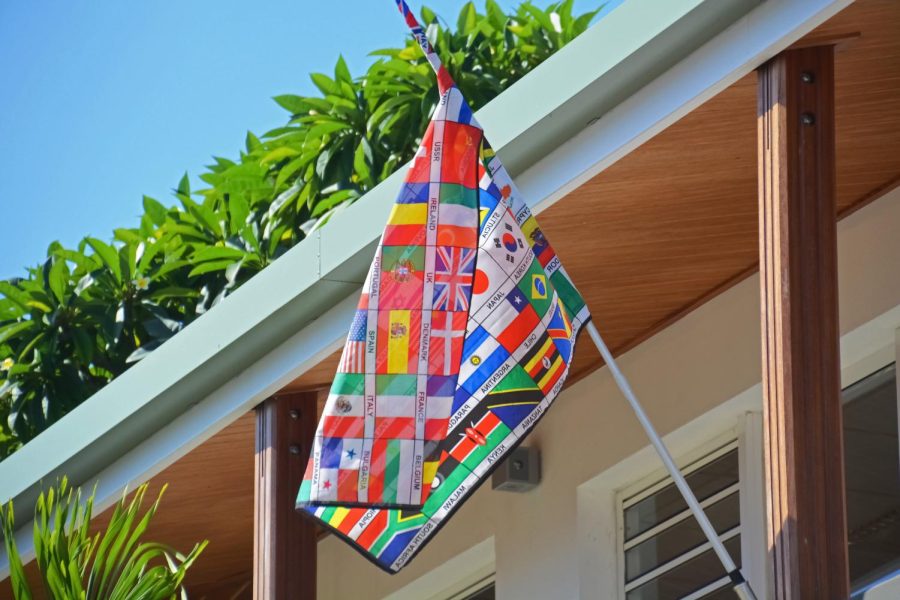 The USA has dozens of different races and ethnicities, all with their own culture and language. Yet, racial prejudice and ignorance of other cultures still rages.  These disparities can’t be resolved with one solution, but they can be lessened by actions. In a language class, students do not just learn a new language, they learn about the culture of the country that the language originates from. Learning about culture is one way to lessen prejudice and shed light and issues that have been overlooked.

One might wonder why more languages should be taught. Well, according to the World Economic Forum, Spanish, Tagalog, Cantonese, Mandarin, Vietnamese, Arabic, and French are the top languages that are spoken in the United States besides English. Yet, only two of these are offered in Glenbard East:  French and Spanish.

Tagalog, Cantonese, Mandarin, Vietnamese, and Arabic are all languages that originated in Asia. After the surge of hate crimes against Asian in 2020 through 2021, teaching students about the languages and cultures from Asia will not only help lessen bias against them, but will also allow Asian students to feel validated after the prejudice they may have faced within the past few years.

French, Spanish, and German classes often focus on Spain, France, and Germany. While they shine light on other countries as well, according to The Open University, most language classes in the USA have a Eurocentric leaning curriculum. As diversity in the USA grows, there are more people who speak different languages and who come from other cultures entering our school. Coming from a Pakistani family with roots in the Middle East, I often feel isolated when most curricula don’t acknowledge the history or culture of my relatives and ancestors. I’m not the only student who feels this way either; many students who I’ve spoken to agreed to feeling isolated and ignored by the school’s curriculum. Offering other languages can help students feel included as well as teach others about different cultures. As our school becomes more diverse, in order to make sure everyone’s voices are heard, the courses offered at our school need to become more diverse, too.

According to the Office of International Affairs, there are about 600,000 people who are deaf in the United States. The rate of people going deaf has risen within the past 50 years, meaning that there’s a growing demand for people who know sign language. When talking to my classmates, many of them said that if they were to learn another language, they would want it to be sign language. Teaching sign language as a course will not only appeal to many students in Glenbard East, but will also help those who are deaf or can’t speak have a voice because they’ll have someone who can communicate the same way as them.

Since adding more languages to the curriculum would benefit not only the student body, but the community as a whole, why aren’t there more languages offered at our school?

A French teacher at our school, Madame VanBaalen, provided me with insight as to why more languages are not offered at Glenbard East. More languages are not offered because, “language offerings like other courses are based on interest and the support of the community at large as well as the individual school district’s support.  It is complex and varies from district to district.” Though she believes that, “All children at least at the middle school level should have access to another language… that is not currently the case for our feeder schools.”

So the question arises: how can we integrate more languages in the curriculum of Glenbard East?  As of now, our World Language department is working to strengthen the language classes that we already have by trying to get more students to take them.

VanBaalen explained that the “World Language department is working hard to build relationships with our feeder schools to change this and hope that at both middle schools all students will have the opportunity to learn another language making their programs more equitable.  As a result, this would in turn help our numbers grow at the high school level.”