The most important narrative of our generation: Heartstopper 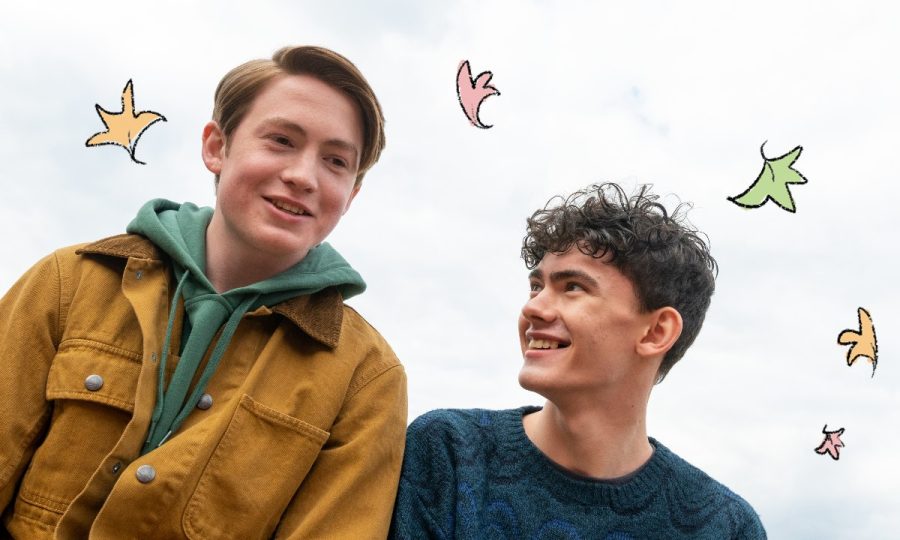 Read at your own risk. There are a few spoilers. If you have not seen the Netflix show yet and do not want to ruin it please watch first then come back.

There have been a lot of good shows on Netflix this year. Inventing Anna was a riveting story that engrossed viewers in a tale of privilege, wealth, scandal, and lies. The return of Bridgerton gave their audience a steamy enemies-to-lovers plot that in my opinion, exceeds the first season. But the most important (and wholesome) show of the year is Heartstopper.

Heartstopper follows the story of a young teenage boy named Charlie Spring who is openly gay at his school in the UK. In one of the first scenes, he meets up with a boy named Ben in a music room to kiss. We learn that Ben is closeted. He does not want any emotional relationship and is manipulative towards Charlie. They only meet when Ben wants to, and he ignores him in the hallways. Charlie is a sweet person but has a hard time sticking up for himself and being honest about what he wants after being bullied for being gay.

This has been a recurring problem among teenagers forever. They are totally obsessed with someone who is ashamed to be with them. But watching Ben taking out his self-hatred of being gay on Charlie makes it even more excruciatingly painful to watch. Of course, Ben hates himself since society, his family, and his friends tell him that he has to be one certain way, especially to be a popular athlete.

The main plot point of the story is Charlie crushing on a popular golden retriever-looking rugby player named Nick Conner. They quickly become best friends and eventually fall for each other. Although Charlie is out and sure of his sexuality, Nick is confused about his identity and does not want to go public with it. This really hurts Charlie since he went through this already with Ben. The struggle continues throughout the season making viewers anxiously binge watch to the end to see if their relationship blossoms.

Charlie’s close friend Elle transitioned before the start of the show and is attending the girls’ school. I love that they include this narrative because I cannot remember any show that I have seen with a significant character who is trans. It is truly refreshing.

Some would say that this show is ahead of its time. But I think that it perfectly portrays today’s world from a teenager’s viewpoint. Other shows are just behind reality.

The friendship struggles of both main characters are the secondary plot point of the show. Charlie’s close friend Tao feels neglected when he starts crushing on Nick. However, I enjoyed watching Nick’s arc with his friend group the most.

He has known these people for years and plays rugby with them, the sport which his life revolves around. When he finally realized how they are bringing him down and not right for him, it really hit home for me. I have struggled with relationships that have turned sour a lot in the past due to disputes of personal values. Recognizing that sometimes your friends really do suck or just that you have grown out of the relationship is very hard. It is even more difficult to let go of these people, no matter how much they have hurt you. Through this, the show yet again does a phenomenal job of presenting the harsh realities that not everyone will be accepting of your identity and values, and no matter your history, it is okay to let them go.

Most shows catered for Gen Z just aren’t accurate. The themes are outdated and the personalities are unoriginal and can be easily found on any 2000s sitcom. To All The Boys I’ve Loved before has a fake dating trope that we’ve been before in Can’t Buy Me Love, Bridgerton, She’s all that, and many more shows. All of the characters in Riverdale and Outerbanks make me cringe. But in Heartstopper, everything from the characters to the props is spot on.

At East, we of course do not wear uniforms or speak in British accents, but some people have Kanken backpacks and most students use Instagram. The show has dialogue and plot points that happen just on social media which isn’t apparent in other stories. Most now have text messaging but that’s it. Nick stalks Charlie’s Instagram, admiring his photos and scrolling through comments. Everyone texts through Instagram DMs and Tara and Darcy come out publicly with their relationship (and sexuality) through a post.

From the leaves and heart drawings on the screen whenever a character was crushing to the huge smiles of Charlie, this show should get an award for how wholesome it is. It did not only make me cry, yell, and jump on my couch, it also made me smile. So much smiling. In addition, there are no sex scenes, drugs, or swearing. Don’t worry, you can watch this with your middle school sibling without skipping half the show. I also lit up when I saw that Her Majesty, Olivia Colemen, was Nick’s mom. That was the cherry on top.

The Importance of LGBTQ Plots

Across the country, state governments are attacking schools for discussing sexual orientation, especially among elementary and middle school-aged children. The new legislation requires schools to literally out students’ identities to their parents. This is why we need more media representation of the LGBTQ community. Kids are going to grow up hating themselves like Ben if they do not have anyone to look up to.

The first time I heard of being gay was watching Mitch and Cam on Modern Family. I was confused for a second and then accepted it with no big deal. It is because it was introduced to me through a beloved show, not in an awkward sex-ed talk or on the news. This is why more shows, books, and movies need to have more diverse plots and characters.

No more side characters with a small plot point of being gay. No more two-second lesbian kiss in the newest Star Wars movie. Our society needs more than this. Presenting the concept of homosexual relationships in a better matter is essential to get people to accept it and for many to accept themselves.