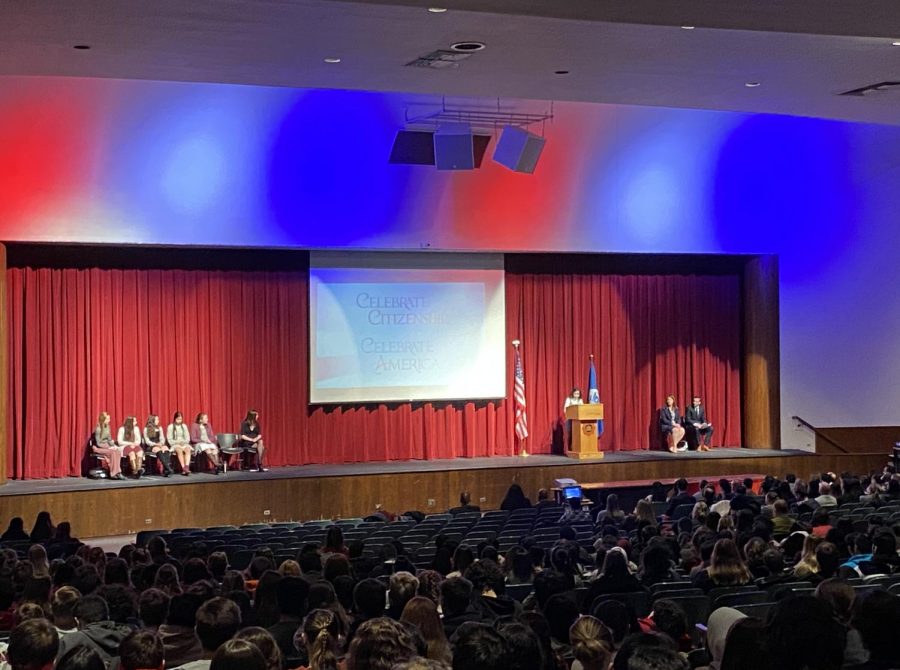 “I will support and defend the Constitution and the laws of the United States of America.”

These were the words spoken by candidates who took the Oath of Allegiance at the Naturalization Ceremony, hosted by Glenbard East, on January 31st.

This is the first time in school history that Glenbard East has hosted such a ceremony, according to Jason Jaffe, social studies department chair. Usually, these ceremonies are held at offices of the United States Citizenship and Immigration Services, not high schools, he said. This year, Glenbard East offered to host to provide a venue for the ceremony and for the candidates, who came from all over Northern Illinois.

Hosting the ceremony also gave students the opportunity to see “first-hand civics in action,” he said. Almost all students in U.S. government and history classes watched the ceremony as an in-school field trip.

After a long application process, candidates officially become naturalized citizens at this ceremony which gave students the chance to witness an essential part of the American experience.

“We take America for granted but for some people, this is the best day of their lives,” said Hannah Krause, treasurer of the Social Studies Honor Society.